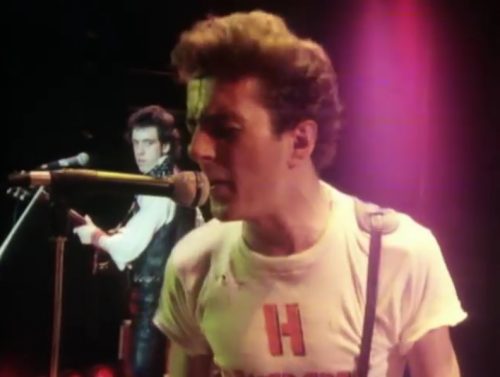 For my money, this is what the finest protest rock looks and sounds like – It’s The Clash performing “Tommy Gun” in 1978.

“Tommy Gun” appeared on the band’s Give ‘Em Enough Rope L.P. in November ’78 and rose to #19 on the UK Singles Chart.