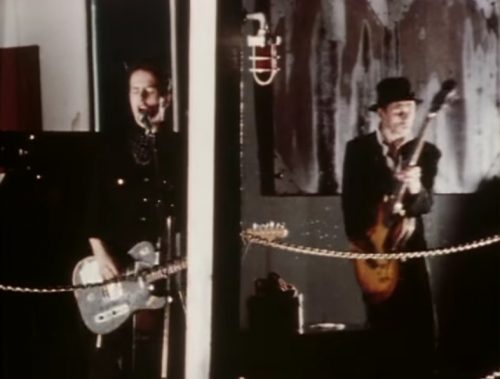 The Clash’s London Calling (song & L.P.) made its debut in the UK at the tail end of 1979. It’s one of the best albums of the Seventies, but is often name-checked as one of the finest of the ’80s – due to its US release and success early the following year.

Here’s the band’s official video for the title song filmed in London on a rainy evening in ’79.