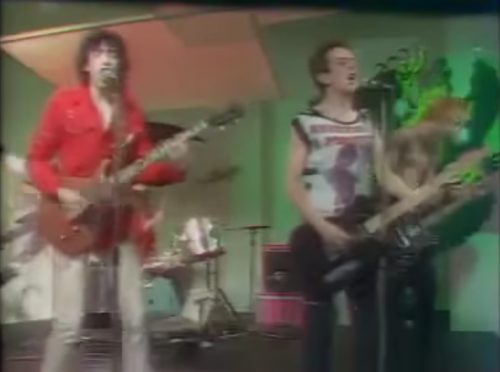 A very good Monday to you all. I’ve been something of a Clash fanatic since around 1979 and I had never seen the following clip before. I would guess it was an appearance by the band on UK TV in 1977.

Tune in for The Clash performing “Complete Control” live. The sound is tinny and the picture quality leaves something to be desired, but it’s still a magical, punk rock moment. Play loud.

More of The Clash at Cherry Stereo: Playback!: The Clash, ‘London Calling’ (1979)