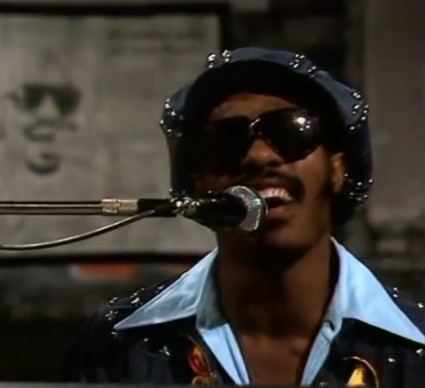 Catch this high quality clip of Stevie Wonder performing “Living for the City” on Germany’s Musikladen in 1974. I pretty much adore everything Wonder released between 1965 and 1981. And the 1970s era is truly Wonder’s golden period. Listen in.

“Living for the City” originally appeared on Wonder’s Innervisions L.P. from the summer of ’73. The song rose to #8 on the US Billboard Hot 100 and hit #15 on the UK singles charts.