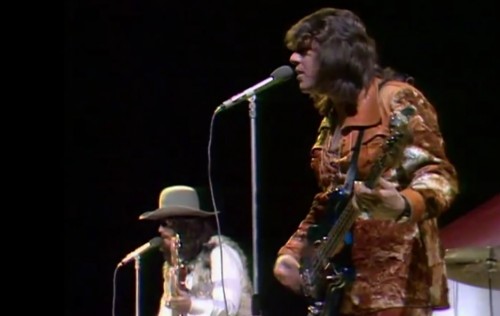 Here’s Canada’s Stampeders performing their biggest US hit, “Sweet City Woman” from 1971. The song rose to #8 on the US Billboard Hot 100 and hit #1 in Canada. The tune originally appeared on the band’s Against the Grain L.P.