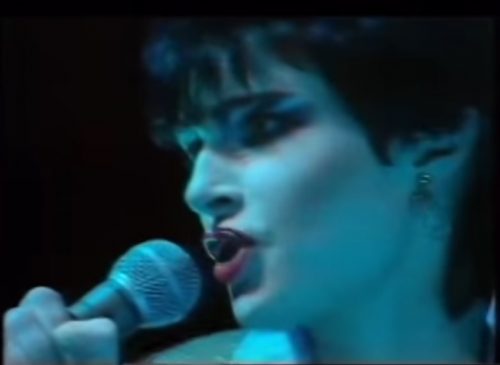 ‘Harmful elements in the air…’
(Siouxsie and the Banshees, 1978)

Here’s Siouxsie And The Banshees with a live performance of their debut single “Hong Kong Garden.” The band is introduced by comedian Peter Cook and the clip aired on UK TV (most likely the show Revolver, in 1978.

“Hong Kong Garden” preceded the band’s debut L.P., The Scream, and did not appear on it. The song made it to #7 on the UK Singles Chart.