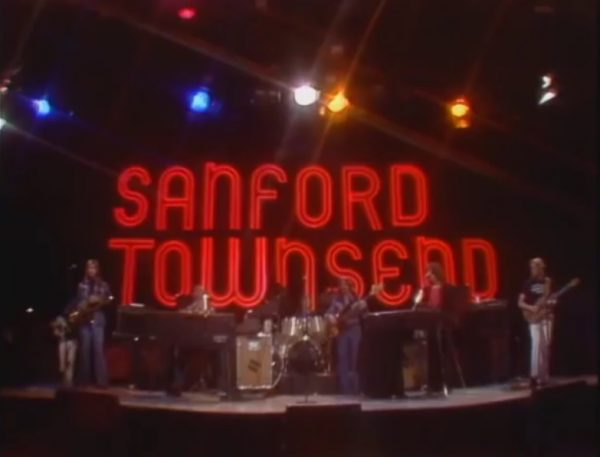 The Sanford-Townsend Band were successful session men who had a massive hit of their own with 1976’s “Smoke From A Distant Fire.”

“Smoke From A Distant Fire” appeared on the group’s debut LP and rose to #9 on the US Hot 100. Here they are performing the tune on The Midnight Special in 1977.

Songfacts quote:
“Johnny Townsend: Steven picked up his guitar immediately and started playing what I thought was a really cool R&B type rhythm and replied with ‘Anybody can write that crap.’ I said, ‘Apparently you just did’…Basically, the song started as a joke and that joke is still making us money to this very day.”

Sanford-Townsend Band: ‘Smoke From A Distant Fire’ (‘The Midnight Special,’ 1977)