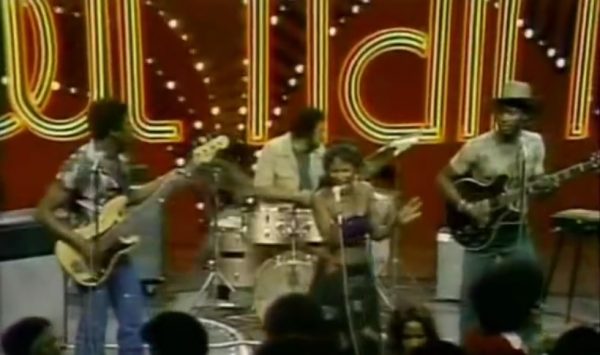 Rufus’ “You Got The Love” released in late 1974 and appeared on the Rags To Rufus LP. This taut, sexy tune was written by Chaka Khan and Ray Parker Jr. and climbed to #11 on the US Hot 100.

You can take in the band’s 1974 Soul Train performance below. The guitar playing in “You Got The Love” is so funky and fantastic it makes me glad to be alive. Get down into it.