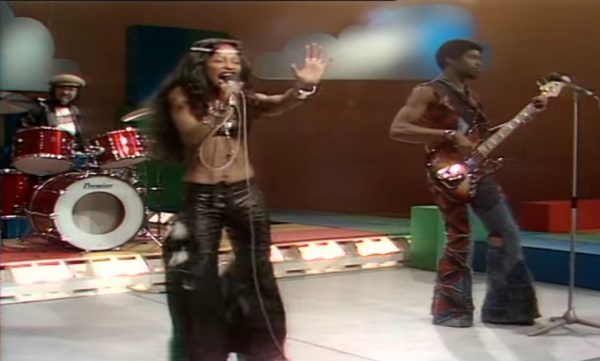 When Rufus and Chaka Khan get together you know something good is going to happen. Here they are on TopPop in 1975 performing “Once You Get Started.”

“Once You Get Started” (written by Gavin Christopher) originally appeared on the Rufusized L.P. in late 1974. The song climbed to #10 on the US Hot 100.

Rufus Featuring Chaka Khan: ‘Once You Get Started’ On ‘TopPop'(1975)