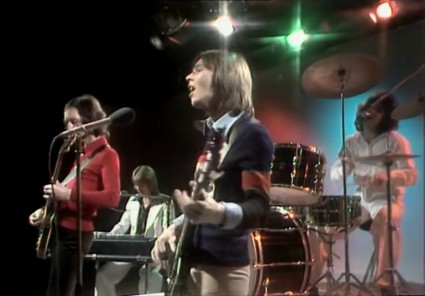 In recent days, I’ve been diving into the back catalog of Scotland’s pure pop masters Pilot. Music fans in the US will know the band from their biggest hit, “Magic.” Here’s Pilot’s performing their second-biggest tune, “January,” on Dutch TV in March of 1975.

“January” hit #1 in the UK and Australia, but only scratched the charts in the US. David Cassidy recorded a decent rendition of the song for his Home Is Where The Heart Is album in 1976.

Previously on Playback!: Stevie Wonder, ‘Living For The City’ (1974)