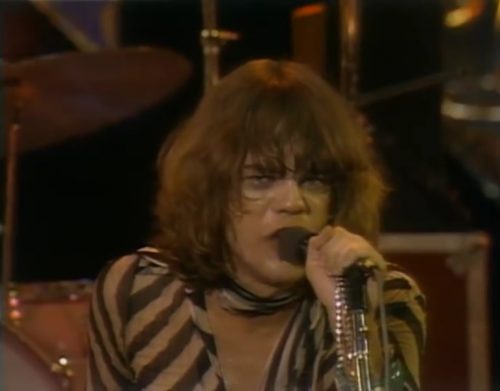 Cherry-o-phonics! We start off a new week with New York Dolls performing “Trash” on Don Kirshner’s Rock Concert in July of 1974.

“Trash” was the band’s debut single (sided with “Personality Crisis”) and appeared on their self-titled L.P. of July 1973. You’ll want to boost your volume to extreme for this one.