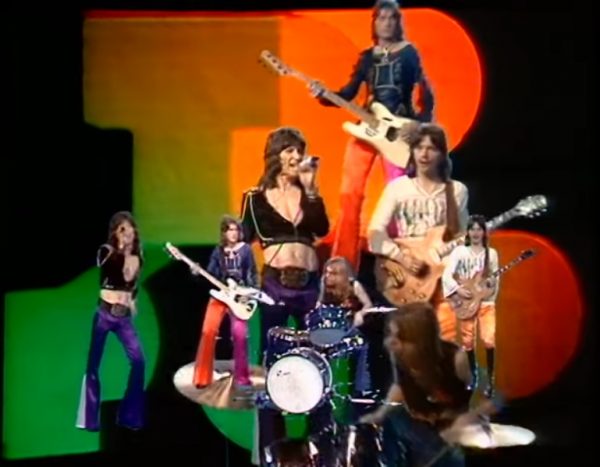 ‘She moves, she grooves…’

I must admit I had never heard of The Sensation and their tune “Black Eyed Woman” before stumbling across it today. The song mines the same vein as bands of the era like Deep Purple and Nazareth. Though the stars never quite aligned for The Sensation, judging by this glammy, hard-rocking record alone, they were certainly worthy of further attention and success.

Information is very scarce on The Sensation but you can, at least, enjoy their 1973 appearance on Europe’s TopPop program below. Have a wonderful Friday!

*Note: Keep your eyes-peeled during the video and you’ll catch the drummer drop his sticks and the singer lose his mike. (I guess they weren’t allowed a take two.)