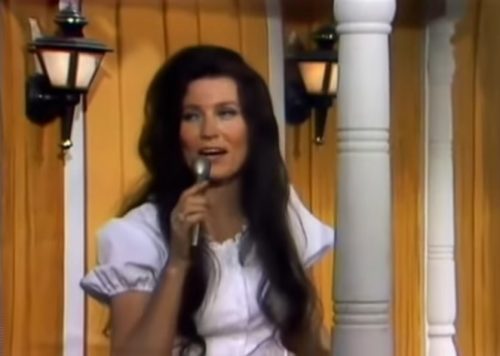 Here’s the magnificent Loretta Lynn onstage at the Grand Ole Opry performing “One’s On The Way.”

“One’s On The Way” was written by author Shel Silverstein (who wrote a ton of great songs in the ’70s) and appeared on the Lynn L.P. of the same name. The tune hit #1 on the Country charts.