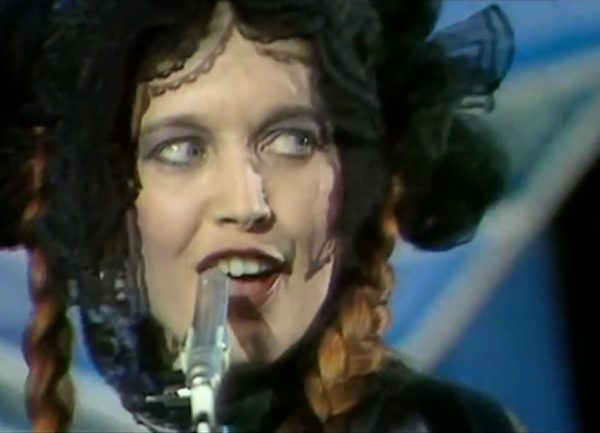 ‘Something in your eyes gives me a wild idea…’

Originally released in the summer of 1978 as the B-side to Lene Lovich’s debut single, “Lucky Number” was re-released in January 1979 as an A-side and climbed to #3 on the UK charts.

Here’s Lovich performing “Lucky Number” on the UK’s Top of the Pops (more likely in ’79, not ’78 as stated). This tune has been a favorite of mine since its initial release and I remember it fondly as an early introduction to new wave.