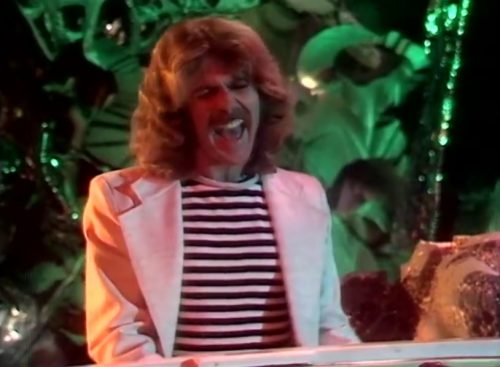 Jay Ferguson got his start in the band Spirit and later, Jo Jo Gunne. Here he is performing his solo hit “Thunder Island” on TopPop in 1978.

“Thunder Island” was first released in 1977 and appears on the album of the same name. It zapped the US Hot 100 at #9. Joe Walsh playing some smoking hot guitar on the track certainly didn’t hinder its success.