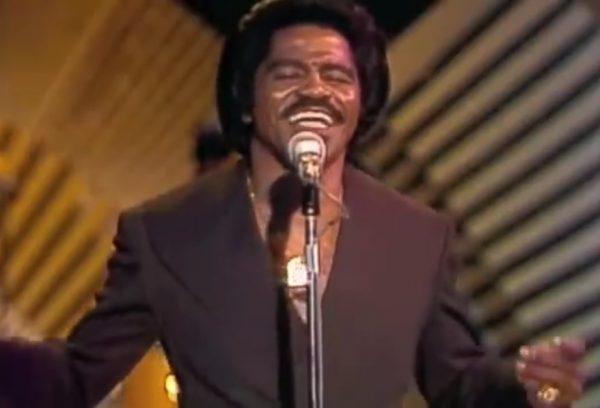 ‘Try to relieve that pressure!’

Here’s James Brown performing his biggest hit of the late Seventies, “Get Up Offa That Thing,” on The Midnight Special in 1977.

“Get Up Offa That Thing” was originally released in the spring of 1976 and appeared on the album of the same name. The inspirational funk tune danced to #45 on the US Hot 100.