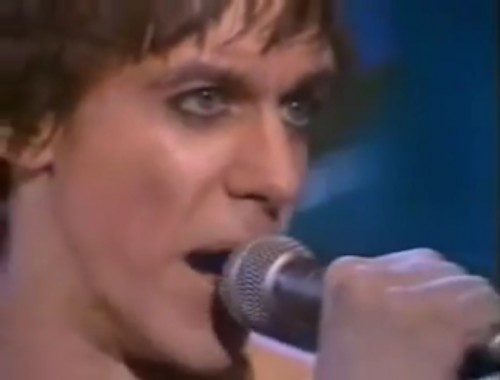 Wakey wakey – it’s Monday! Iggy Pop is here to get your blood flowing with a live performance of “I’m Bored.” The clip captures Pop’s 1979 appearance on the UK music show, The Old Grey Whistle Test.

“I’m Bored” originally appeared on the L. P., New Values, in the spring of ’79. The album wasn’t a huge seller, but it was the first Iggy Pop record I bought and still stands as a favorite. Definitely recommended.

Previously on Playback!: Betty Wright, ‘Tonight Is The Night’ (1974)