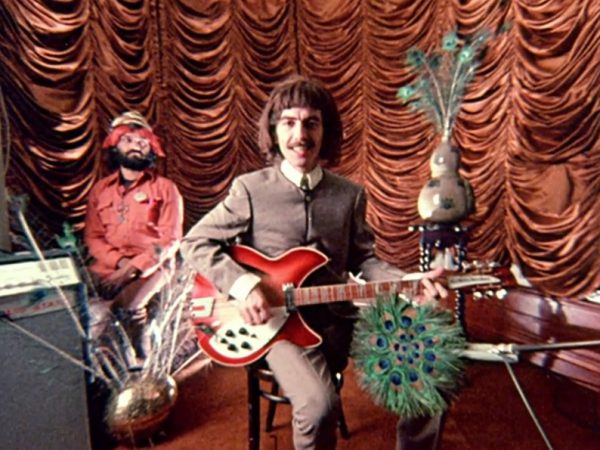 Happy New Year’s Eve everyone! I hope you have a wonderful 2018! To celebrate the closing of one year and the opening of the next – here’s George Harrison with “Ding Dong, Ding Dong.”

“Ding Dong, Ding Dong” released in December 1974 and hit the Top 40 in the US (#36) and UK (#38). The non-LP single was written by Harrison and features the artist on guitar and laryngitis. Roll the delightfully silly video filmed at Friar Park, England!