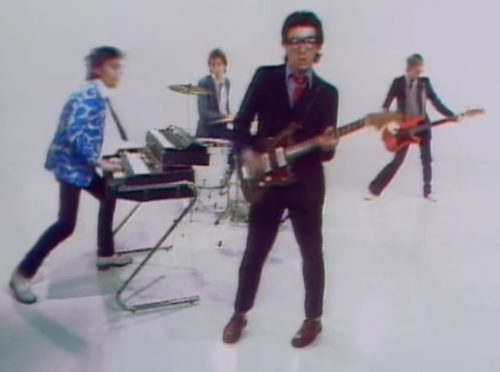 Elvis Costello & The Attractions released “Pump It Up” in the spring of 1978 (UK) and the song appeared on Costello’s L.P., This Year’s Model.

The tune has a place on Cherry Stereo’s Top 200 ’70s Songs and has been covered by many artists including Status Quo and Mudhoney. Have a listen to this hard-driving, inspired classic below.