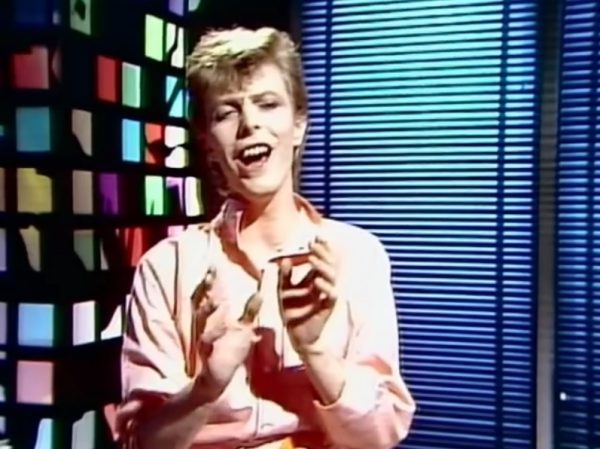 David Bowie’s “DJ” appeared on the Lodger L.P. and released as a single in the summer of 1979.

“DJ” was written by Bowie, Brian Eno, and Carlos Alomar and features Adrian Belew on searing lead guitar. Wikipedia (currently) incorrectly states that the song was only released as a single in the UK. I remember “DJ” being treated as Bowie’s current single in the US (as Discogs shows) and I caught the official video on TV in ’79. The shot where Bowie runs his hands down the Venetian blinds stuck in my memories from childhood. Catch the vid below.