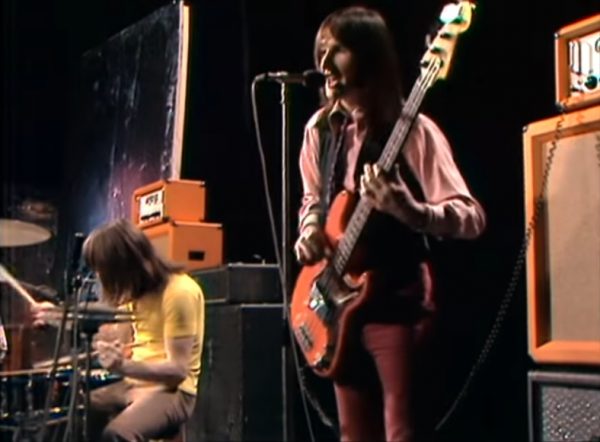 ‘You’ve got eyes. You can see. You can try to imagine me…’

Scottish band 1-2-3 formed in the early Sixties, were signed by Beatles’ manager Brian Epstein, and counted David Bowie as an early believer. The guitar-less trio later changed their name to Clouds and released three LPs beginning in 1969. After struggling to find mainstream success, the group disbanded in 1971.

Take in a storming live performance of “Imagine Me” on Germany’s Beat Club program in February 1970 below.

*Thanks to reader John Collier for the Clouds suggestion.