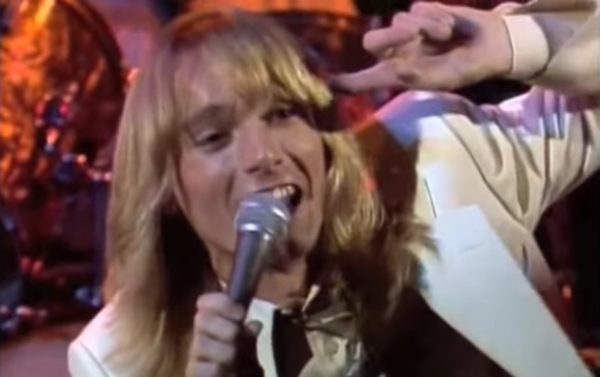 ‘They just seem a little weird…’

Ah, Monday. You have rolled around once again. Let us celebrate with music! Here’s Cheap Trick performing “Surrender” live on The Midnight Special in 1978.

“Surrender” originally appeared on Cheap Trick’s 1978 L.P., Heaven Tonight. This classic seventies anthem made it to #62 on the US Hot 100. Perhaps, like me, you assumed the tune charted much higher. Not so, but the studio and live version off Cheap Trick at Budokan became staples of rock radio and took on a life of their own above and beyond the song’s initial release. Well, “all right”!