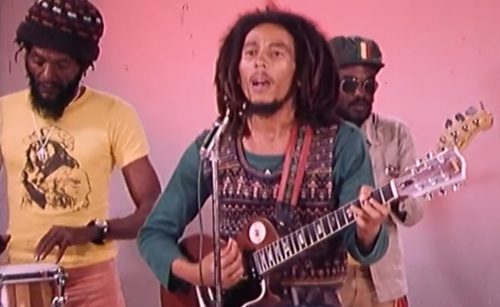 Bob Marley and the Wailers spreading a ‘Positive Vibration,’ 1976

Since we can never have enough Bob Marley in our lives, here’s the artist, along with the Wailers, performing “Positive Vibration.”

The clip below aired on the Dutch TV show TopPop in November 1978. It was filmed, like the “Roots, Rock, Reggae” video we posted a while back, in August of 1976.

“Positive Vibration” originally appeared on the Rastaman Vibration L.P. of ’76.

Previously on Playback!: Sly & The Family Stone, ‘Everybody Is A Star’ (Live ’73)