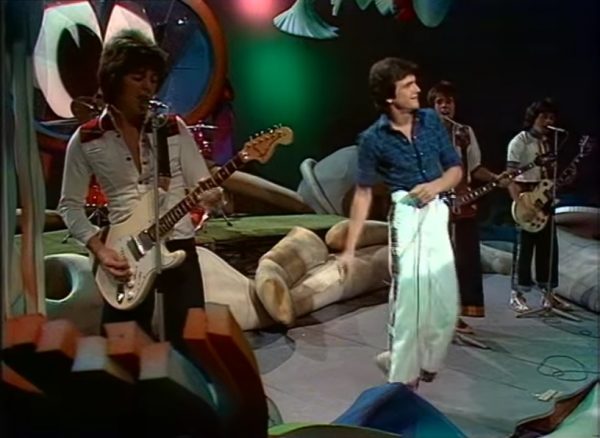 A ‘Rock And Roll Text Message’ just wouldn’t be the same.

Here’s Scotland’s Bay City Rollers performing one of their finest records, “Rock And Roll Love Letter” in July of 1976.

“Rock And Roll Love Letter,” written by Tim Moore, is a real slice of pop perfection and appeared on the L.P. of nearly the same name in early 1976. The song climbed to #28 on the US Hot 100 and #6 in Canada.