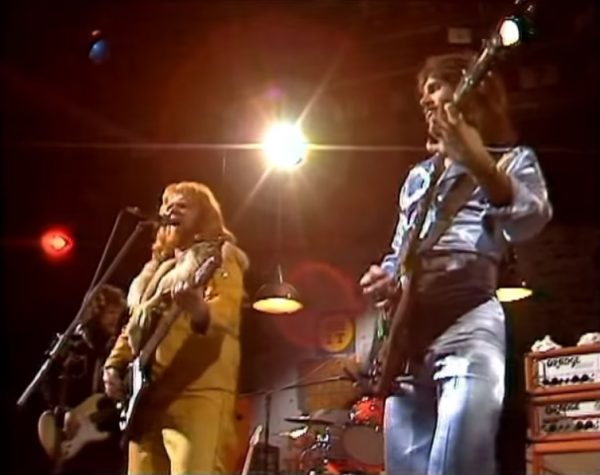 Bachman-Turner Overdrive’s “Roll On Down The Highway” appeared on the band’s Not Fragile L.P. in the fall of 1974.

The song, originally written for and rejected by Ford Motors, burned much rubber on its drive to #14 on the US Hot 100 and #4 in Canada. Watch the band’s performance film below.