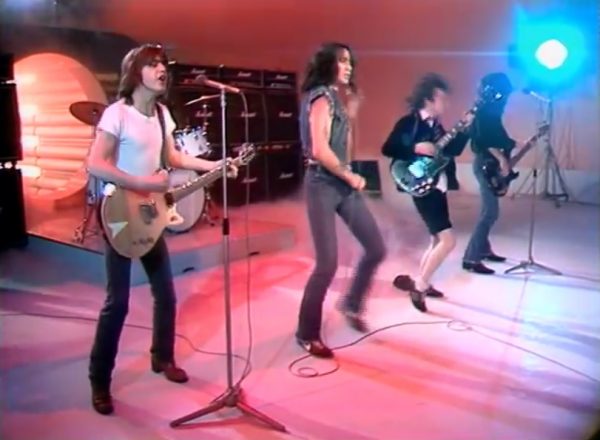 News has come in that AC/DC co-founder and rhythm guitarist Malcolm Young has died at the age of 64. In honor of the man, we’ve got a video of the band performing “Girls Got Rhythm” on European TV in November of 1979.

“Girls Got Rhythm” originally appeared on AC/DC’s Highway To Hell LP in the summer of ’79. Highway To Hell helped the band break big in the US. Thank you for the music, Malcolm!

AC/DC Facebook Statement:
“Malcolm, along with Angus, was the founder and creator of AC/DC. With enormous dedication and commitment he was the driving force behind the band. As a guitarist, songwriter and visionary he was a perfectionist and a unique man. He always stuck to his guns and did and said exactly what he wanted. He took great pride in all that he endeavored. His loyalty to the fans was unsurpassed.”