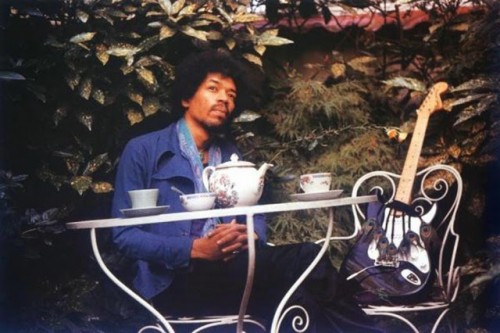 There’s a series of fascinating photos of Jimi Hendrix up at Vintage Everyday that you’ll want to cast your eyes over. The shots were taken at London’s Samarkand Hotel on September 17, 1970 – the last day of Hendrix’s life.

Dangerous Minds Quote:
“Jimi can be seen enjoying his favorite Fender Stratocaster guitar, a spot of tea and some outdoor activities. Apparently Hendrix and his girlfriend, Monika Danneman, spent the majority of the sunny day strolling King’s Road, shopping for clothes at (Kensington Market) and visiting the Cumberland Hotel.”