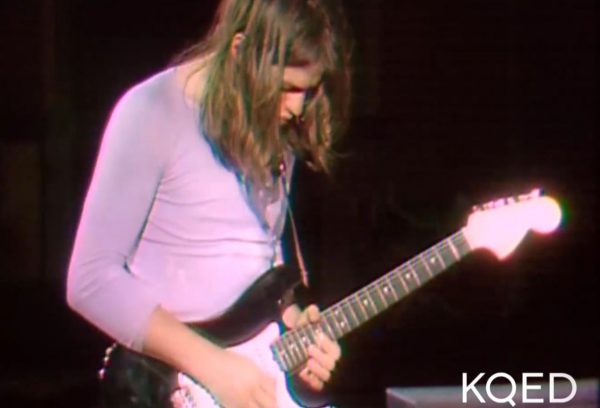 San Francisco, California television and radio station KQED filmed an exclusive Pink Floyd performance in April of 1970 at the Fillmore Auditorium. The concert footage was originally broadcast in January of 1971.

KQED has now posted a lengthy clip of Pink Floyd performing “Astronomy Domine” that was not included in the broadcast and has remained mostly-unseen for 47 years. Jump here to view it.

KQED quote:
“The KQED production team brought ‘a huge mobile truck the size of a boxcar that held the video recording equipment’ outside the original Fillmore Auditorium so the performance could be ‘recorded as well as you could outside the studio at that time. There’s a certain amount of vibration that was caused just from the sound of the amps. Because the technology just wasn’t that advanced yet. Portable video, the way we think of it, didn’t even exist.'”