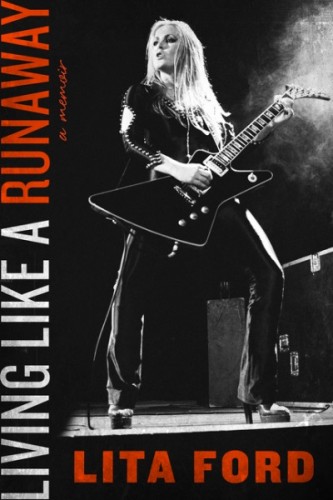 Rock icon Lita Ford, former guitarist of The Runaways, has just published a new memoir entitled Living Like a Runaway. The tome is available from HarperCollins who describe it this way:
Quote:
“In this long-awaited, emotionally powerful memoir, ‘HEAVY METAL’S LEADING FEMALE ROCKER’ (Rolling Stone) opens up about the ’70s and ’80s music scene and her trailblazing life as the lead guitarist of the ‘pioneering band’ (New York Times) the Runaways and her platinum-selling, Grammy-nominated solo career. Hailed as ‘the mother of all metal’ (Los Angeles Times) and ‘one of the greatest female electric guitar players to ever pick up the instrument’ (Elle), Lita Ford bares her soul in Living Like a Runaway.”

Quote:
“When we were finished with the 1978 European tour, Sandy, Joan, and I went to live on a 90-foot navy-blue houseboat in London on the Thames River. We originally went to London thinking we were going to stay there and record our next album with a British producer named Phil Wainman, who had worked with the Sweet.“