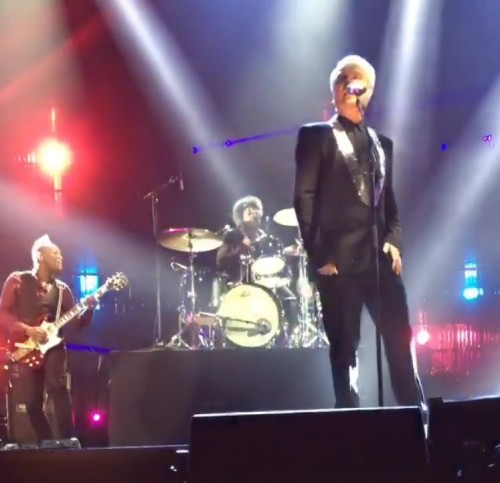 The 2016 Rock & Roll Hall Of Fame ceremony took place in Brooklyn on Friday night. 1970s-era inductees were; Cheap Trick, Chicago, Deep Purple and Steve Miller. The event was not without it’s minor controversies. Check the links below for a good overview.

Yahoo Music reports: Gene Simmons Fires Back at Ice Cube Over His Rock and Roll Hall of Fame Acceptance Speech

Rolling Stone Quote:
“The ceremony got off to a fiery start when David Byrne and the Roots teamed up for ‘Fame’ with special guest Kimbra. Byrne danced around the stage like no time had passed since Stop Making Sense, and the decision to stick to a single song as opposed to an awkward, rushed medley paid off in a big way.“