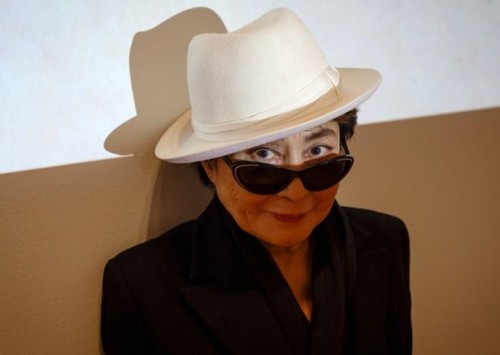 I thought twice about the headline for this news post. Is it ageist? I suppose it is, but it isn’t meant to be a negative. After all, how many artists are still releasing music at age 83? Only a handful. Yoko Ono’s influence looms large in alternative music.

The Guardian reports: Yoko Ono: ‘I thought my music was beautiful all along’

Quote:
“In London to collect a gong for being an inspiration at a music awards and promote Yes, I’m A Witch Too, a second volume of collaborations and remixes of her work on which everyone from Sparks to Moby lines up to pay tribute. She says she loves having her work reinterpreted or remixed, partly because it fits in with an idea she had decades ago: ‘The first albums I made with John, Two Virgins and Life With the Lions, we called them Unfinished Music, and I think that idea has developed into something: you have a certain artistic attempt and then you openly involve other people.’”