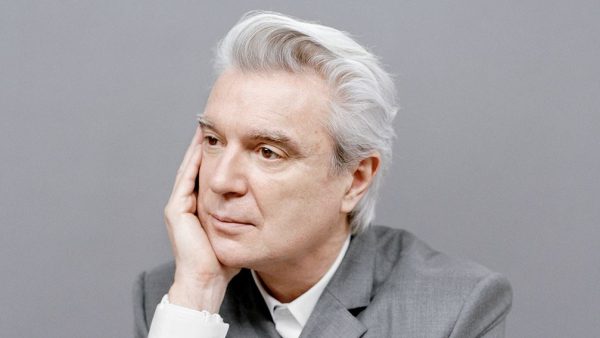 A David Byrne Return
Talking Heads’ mastermind David Byrne releases his first album in 14 years on March 9. American Utopia features songs such as “Gasoline And Dirty Sheets,” “Everybody’s Coming to My House,” and “Every Day Is A Miracle” and collaborative work with longtime musical partner Brian Eno. If you hop over to NPR post haste you can stream the full LP.

NPR reports:
“The music is intense, it’s playful and quite memorable. American Utopia takes vignettes from day-to-day life, magnifies them and lays them out for us to rethink how we see the world.”

The group was the first all-female rock ensemble to release a major label album and fans and collaborators included David Bowie and Barbra Streisand. Read up on these fascinating trail-blazers and catch a classic performance below.

The Guardian reports:
“Fifty years ago, when June Millington and her sister Jean formed the all-female rock band Fanny, they felt like they were living a secret. ‘As a girl, you couldn’t tell anyone ‘I’m in a band,’’ June Millington recalled. ‘You might as well say ‘I’m flying to the moon.’ It just wasn’t in the realm of experience. We had to create our own frame – and then step into it.'”