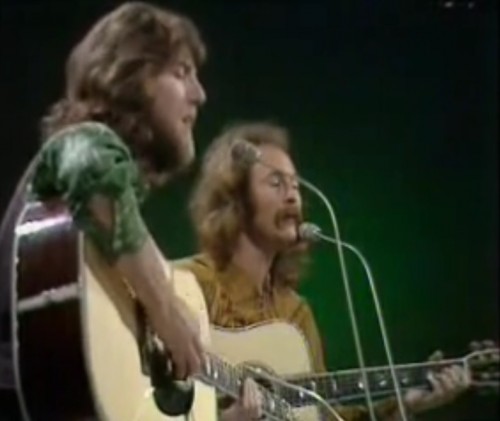 Graham Nash and David Crosby of Crosby, Stills, Nash and Young aren’t the best of friends these days and a CSN reuion seems unlikely in the future.

Quote:
“Now the former Byrd seems to have offended another even more integral bandmate. In an interview with Dutch magazine Lust for Life, Nash said that his relationship with Crosby has deteriorated to the extent that the band are no more. ‘I don’t like David Crosby right now,’ Nash said. ‘He’s been awful for me the last two years, just ***ing awful.’“