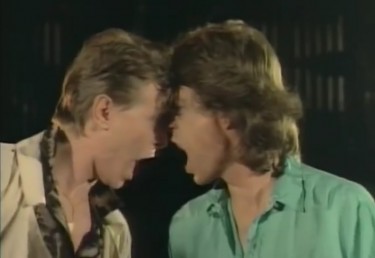 Rolling Stone reports: Mick Jagger Remembers David Bowie: ‘He Would Share So Much With Me’

“We used to hang out in London a lot in the early days of the Seventies; we were at a lot of parties together. He would come around my house and play me all his music — I remember him playing me different mixes of ‘Jean Genie,’ which was really kind of Stones-y, in a way.“