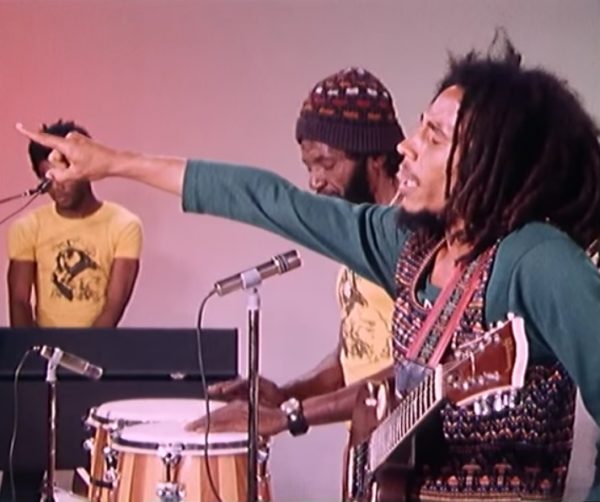 40 year old Bob Marley and the Wailers concert recordings, water-damaged and stored in a London basement, have been rescued from destruction and restored to pristine condition.

It’s easy to assume we’ll have a new set of live Marley recordings available in the near future. Read the exciting news at The Guardian.

The Guardian quote:
“The 13 reel-to-reel, analogue master tapes were discovered in cardboard box files in a run-down hotel in Kensal Rise, north-west London, the modest lodgings where Bob Marley and the Wailers stayed during their European tours in the mid-1970s.

The tapes – known as ‘the lost masters’ among elements of Marley’s huge fanbase – were at first believed to be ruined beyond repair, largely through water damage. Yet after more than 12 months of painstaking work using the latest audio techniques, the master reels have been restored, with the sound quality of Marley – who died in 1981 but would have been 72 on Monday– described as enough to ‘send shivers down one’s spine’.“