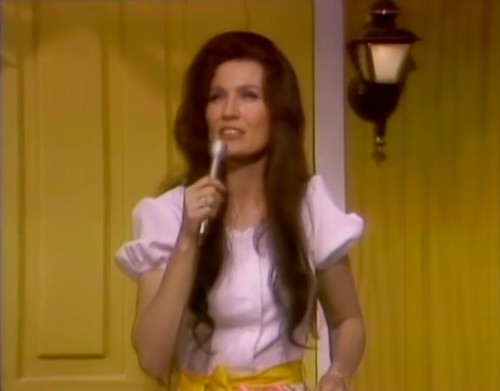 Loretta Lynn’s new album, Full Circle, has just been released and The Guardian offers up a review.

The Guardian reports: Loretta Lynn moves past well-trodden origins to a spot in country’s pantheon

Quote:
“These are rerecordings of former hits (Everybody Wants To Go To Heaven, Fist City) and new recordings of folk songs from her mountain childhood (Black Jack David, I Will Never Marry), new selections and also standards (Band of Gold, Always On My Mind). In the liner notes, Cash writes that the sessions produced 100 songs and that this is the first of many volumes to come.“