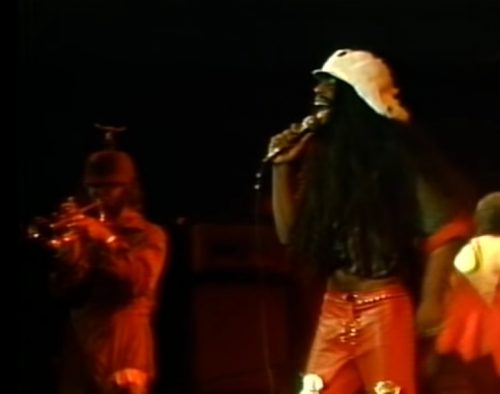 George Clinton, Parliament-Funkadelic mastermind, isn’t slowing down in his mid-70s. The famed musician has a new Parliament album in the works for April and is prepping a “Mardi Gras Madness tour” for February. Read more about a collaboration with Sly Stone here:
George Clinton on funk, touring and staying relevant at 75.

The Guardian Quote:
“Since kicking harder drugs around the turn of the last decade, Clinton has been performing with renewed vigor…
‘It’s been great, lately,’ he continues, loaded with enthusiasm. ‘We were just in Hong Kong and Singapore, and it was phenomenal. There’s a lot of creativity going on right now. I’m getting re-enthused about doing this!'”

More George Clinton at Cherry Stereo: Playback!: Parliament-Funkadelic, ‘Give Up The Funk’ (Live ’76)