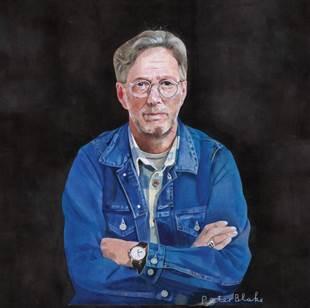 Clapton’s ‘I Still Do’ album art by Peter Blake.

Quote:
“Clapton has reunited with famed producer Glyn Johns for his forthcoming 23rd studio album I Still Do, set for release on May 20, 2016 on his Bushbranch Records/Surfdog Records. Clapton and Johns – who has also produced albums for The Eagles, The Rolling Stones, Led Zeppelin and The Who – most famously worked together on Clapton’s iconic Slowhand album…”

Billboard magazine points out that Angelo Mysterioso, George Harrison’s ancient pseudonym, is listed as providing acoustic guitar & vocals on “I Will Be There.”