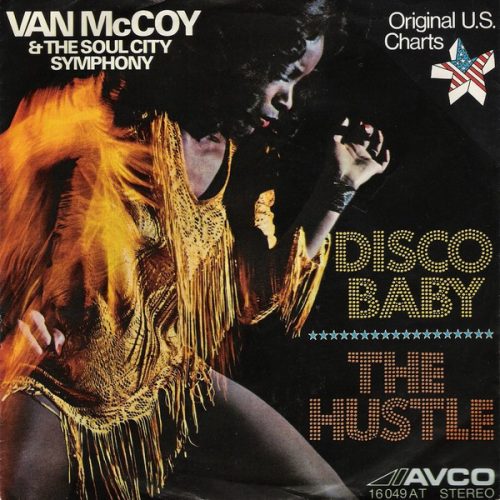 Disco Lab #7: Van McCoy And The Soul City Symphony – ‘The Hustle’ (1979)
Here’s something of an oddity in the world of disco “twelves”: a remix that’s almost a remake, released four years after the original record. Hardworking, unappreciated musical genius Van McCoy (with 700 R&B compositions under his belt) had a surprise hit with the throwaway LP track “The Hustle” in 1975. This soulful instrumental (a tribute to a current dance craze) was a huge success on both dance floor and radio and was an early hit in the disco genre. Four years later, Van’s label needed a longer version to release for the lucrative international twelve-inch market. Van took a meeting and offered some ideas on how to extend the thing, but tragically passed away before the mix could be undertaken.

I don’t know if the resulting remix issued in 1979 (effectively becoming a memorial tribute) is what McCoy would have done, but I like it a lot. It sounds like they kept the woodwinds, brass, and strings, but added new vocals (“do it!”) and percussion. Most notably, the signature flute line is now underscored by a matching guitar figure. Later on (2:43) the flute drops out on this melody, leaving just guitar and keyboards; finally (4:07) it’s played on shimmering celeste!

I really love the percussion added, especially the bongos and congas heard on the intro; they give this a more Latin NYC disco feel, making this seem more exotic than the whitewashed suburban dance records crowding the radio charts. (The maracas are cool as well.) And of course the record is full of those Syndrum synth hits (a la Anita Ward’s “Ring My Bell”), this being 1979, of course.

Below is the (flawless) original record just for comparison’s sake. That version takes me to the streets of some neon-drenched Manhattan dreamscape, but the remix puts me right in the nightclub, also a fine place to be. Now how do you Hustle again? 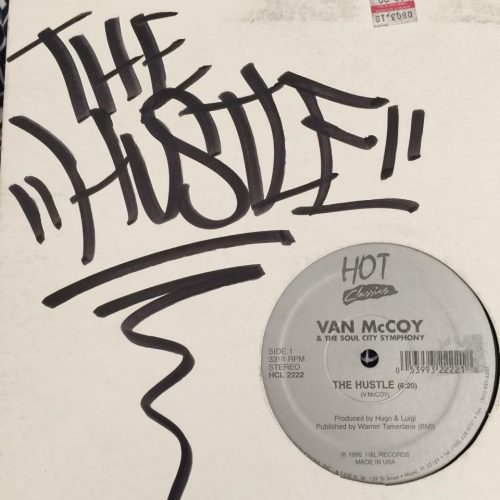 Mr. Groove’s used copy of ‘The Hustle’ features some artwork by the previous owner.