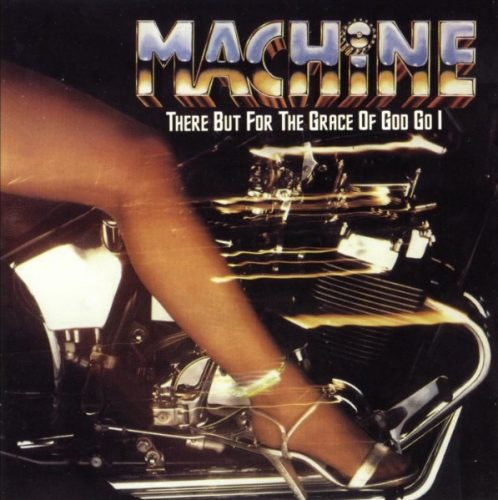 Editor’s Note: This is our third Disco Lab entry spinning the Seventies tunes found in the Netflix series The Get Down. You can play the previous entry right here.

Disco Lab #28 (‘The Get Down’ Edition): Machine – ‘There But For The Grace Of God’ (1979)
Looking for a true musical hero, a cross-cultural alchemist, an auteur of the disco era? Meet August Darnell, multi-ethnic product of the Deep South, college-bred would-be English teacher and frustrated actor. With his brother Stony Browder he cut three albums of intoxicating, swing-infused Latin disco under the name Dr. Buzzard’s Original Savannah Band (their first LP garnered a Grammy nomination). In 1980 he formed Kid Creole and the Coconuts, a dance combo blending swing-era pop, Caribbean rhythms, and ironic postpunk sensibilities.

In 1979, between these two band projects, Darnell joined the New York disco group Machine, who fused dance rhythms with meaningful, socially conscious lyrics. Darnell co-wrote the track that would become Machine’s biggest hit, “There But For The Grace Of God.” The lyrics describe Latino parents that leave the Bronx to raise their daughter in a supposedly secure environment. Yet their excessive coddling turns her into a wild, renegade spirit: “Too much love is worse than none at all.” (Darnell recorded an excellent remake the following year with Kid Creole and the Coconuts.)

In the Netflix series The Get Down, “There But For The Grace Of God” serves as the very unholy church-altar audition piece for choir vocalist Mylene. The song isn’t presented as a cover version but as an original composition created by Mylene, her band, and lyricist Zeke. The lyrics are slightly altered to fit the singer’s situation: Machine’s “And when she’s ten years old / She digs that rock ‘n’ roll / But Poppy bans it from the home” becomes, “And when she starts to grow / She finds a sound of her own / But Papi bans it from the home.” However, the message is the same: in trying to crush a rebellious soul, you only make it stronger.

The 12” remix of the song presented here is only 30 seconds longer than the album version, adding a longer instrumental break. The track is nervous, intense, and much different than The Get Down’s live gospel interpretation (it’s a shame that Mylene’s version wasn’t included on the official soundtrack). Prominent in the Machine version is a synth keyboard that performs a long solo from about 2:30 to 4:15, interspersed with a breakdown and some wordless backing vocals. (Article continues after song…)

To hardcore disco fans, “There But For The Grace of God” is famous. But to the other 99.9% of the population, it’s utterly unknown. Hats off to Baz Luhrmann and his music team for not only plucking a great disco tune out of obscurity but using its narrative as inspiration for the series’ own plotline.