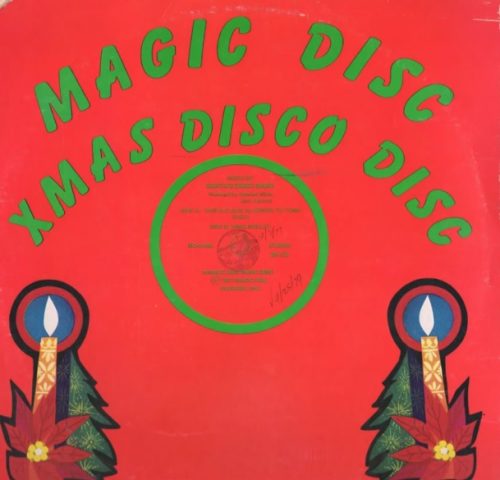 Disco Lab #39: Santa’s Disco Band – ‘Santa Claus is Comin’ To Town’ (1977)
Lights! Glitter! Music! Excitement! Alcohol! If you think about it, the happy and productive marriage of disco and the holiday season was inevitable. The formula was utterly simple: first, take a familiar holiday carol; second, add a beat. Done!

This formula lent itself to hastily recorded LPs targeted at drugstore bargain bins. Budget label Pickwick released two holiday dance cheapies, Disco Noël and Yuletide Disco (the former with disco dance instruction booklet!), then licensed the twenty or so tracks to holiday bargain label Mistletoe, who regrouped them into two more differently-titled LPs! The appeal is explained in the liner notes to yet another Pickwick issue, the cleverly titled Christmas Disco: “This album is for the fun side of Christmas… [when] it’s time let your hair down and perk your energy up… a disco Christmas album for the whole family to have a little fun with.” Easy there, Grandma! 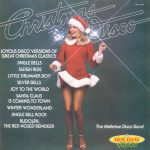 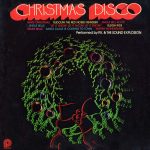 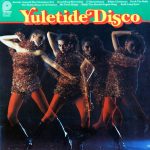 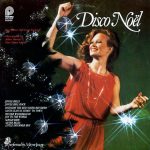 Today’s offering, though, is from the flipside of mainstream disco. I’ve barely touched on it in these hit-mongering Disco Lab analyses, but there’s a whole other world of ’70s disco. The music started out as an underground phenomenon, with obscure releases from small independent labels played in urban nightclubs, and quietly continued that way while Donna Summer and the Village People were blowing up the charts and invading the suburbs. (Check the Disco and Disco 2 compilations from Soul Jazz Records for a taste of the “real stuff.”) One such indie label was Los Angeles’ Magic Disc Records, who issued a mere 23 releases between 1977 and 1983, and nothing you’ve ever heard of. A few of these were holiday offerings, including this “Xmas Disco Disc” by Santa’s Disco Band (you didn’t know he had one?). Just like the budget holiday albums, this has a garish, tacky cover; the music’s gotta be awful, right?

Not so fast. In fact, this may just be Christmas disco’s finest hour. “Santa Claus…” is as much funk as disco, honestly; hard rhythm guitar and brass, really tough percussion and handclaps, and a kinda Stevie sounding keyboard. Unlike most disco, it’s got no strings or female chorus vocals, backing or otherwise. Only the hi-hat work keeps this firmly in dance floor territory.

After featuring the familiar Santa melody at the start, the record lapses into a hard one-chord groove for several minutes, enabling some great soloing from a fuzz guitar and other instruments. I love the bass, drums, and clarinet breakdown at 4:44 and the locked guitar-and-brass groove that emerges about 5:40 – and especially those motorcycle-rev guitar strums near the end. Unlike most looped, overdubbed disco productions, this is simply a tight group playing live and hot for eight and a half minutes—and from the sound of it, having a blast. (Article continues after song…)

Producer and label owner Jack Ashford was a member of Motown’s famed Funk Brothers, for whom he played signature tambourine parts on so many iconic hits. Perhaps that’s him shakin’ it dangerously with Santa’s favorite combo. Good thing this didn’t turn up in the drugstores; it might’ve done Grandma in while “letting her hair down” for Christmas!