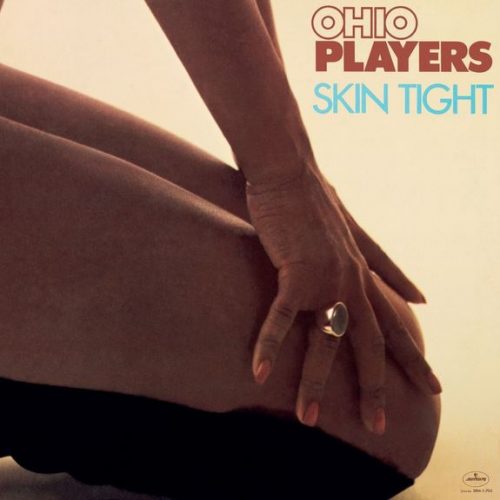 Disco Lab #37: Ohio Players – ‘Jive Turkey’ (1974)
Thanks for heading over the river and through the woods to the Disco Lab this week! With Thanksgiving on the way, it’s time to put some turkey in the oven. Though the bird we’ve prepped may say “jive” on the wrapper, I assure you this gobbler is wholesome, tasty, and, at 7+ minutes long, quite filling.

We’re slowing things down for this laidback family holiday; “Jive Turkey” isn’t a disco record at all but a funk song, and a pretty slow one at that (at about 70bpm, it’s too slow for hip-hop and about the same tempo as reggae). Probably moreso than any other genre besides soul itself, ’70s funk was the breeding ground for what became disco. Unlike disco’s highly polished studio-based creations, funk songs typically sounded like a tight, hard-working dance band at work, and that’s just what we’ve got here. (Article continues after song…)

Enter Dayton group The Ohio Players (the descriptor reflects “its members’ self-perceptions as musicians and as ladies’ men,” says Wikipedia). They’d been through a few lineup and name changes in the ’60s, and by 1973 they’d stabilized into the solid group you hear here. “Jive Turkey” was a minor hit between their first smash, the proto-G-funk “Funky Worm,” and their solid series of nervous, disco-friendly dance records yet to come, including “Love Rollercoaster” and “Fire.”

The term “jive turkey,” which came from the same period as this record, can either mean someone who dances wildly or a person who’s insincere. The Players seem to be riffing on the latter meaning here, dissing either a former lover or ex-friend. But from the sound of the record, they don’t sound terribly upset. In fact the entire vocal seems cheerfully ad-libbed over what was already a pretty solid funk beat.

As with all great funk records, the bass and drum are locked into a seductive, relentless groove. This solid foundation enables a playful, seemingly unstructured sequence of guitar, electric piano, and brass-section soloing, sometimes all simultaneously. The back end of the record abandons any sort of song structure and becomes a one-chord riff punctuated by the song’s mocking horn line and the popular funk refrain, “well, well, well, well, well.”

The hit single version of this song was entitled “Jive Turkey (Part 1).” Though most funk Part 1 / Part 2 singles faded out with the first half, “Jive Turkey” ends neatly at about 3:16 (the single compressed this to 3:08), with a little horn finale. Also unusually, the single did not include Part 2 on the other side. Buy the album, kids!

So now you know what was happening on the funk side of the 70s dance-music world. On Thursday, I wanna see “all you jive turkeys clap your hands.” And please pass the gravy.