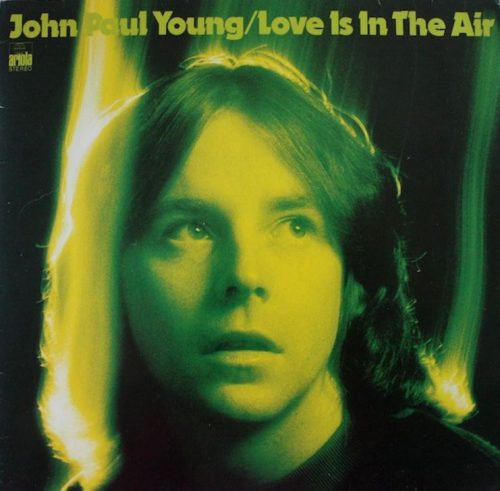 Producer/songwriter team Harry Vanda and George Young had been members of the 1960s group The Easybeats (“Friday on My Mind”). Young went on to produce rock band AC/DC, which featured his brothers Angus and Malcolm. Vanda and Young just had a hit with singer John Paul Young and needed a followup. Finding a solid groove was easy; they just copped the cymbal-and-bass rhythm that underpinned John Paul’s earlier record, “Standing in the Rain.”

Production on that first hit was ambitious but crude, and the song was pretty weak; Vanda and Young really upped their game for the sequel. On “Love Is In The Air,” the songwriting is classic pop, repeating the title within the verses for maximum impact. The accompaniment runs dramatically up the scale to the chorus, where it explodes into joy — love really is in the air! To keep the energy up, they add a funky clavinet line under the second verse that carries through the song. Unlike nearly all the records we’ll look at in the Disco Lab, this one has no instrumental solos or rhythm breakdowns; it’s just five minutes of brilliant pop.

Most of Vanda and Young’s other works are only known in the land down under, save one. Shortly after this hit, they formed a new wave group called Flash and the Pan, who are best known for the moody 1979 number “Walking in the Rain.” The eerie track was memorably covered by Grace Jones soon afterwards. Listen and mope along… gloom is in the air!