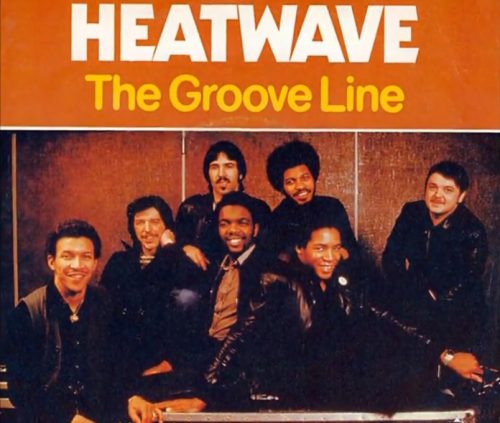 Disco Lab #12: Heatwave – ‘The Groove Line’ (1978)
Here’s a curious theme of the disco era: man as machine. It’s easy to see how disco denizens felt happily dehumanized as they marched into glittering, high-tech nightclubs to dance alike, dress alike, and fulfill their deep humanoid programming, whatever that might be. Images (usually airbrushed) of robotic humans (usually female) are plentiful on dance-music record sleeves of the late 70s-early 80s. 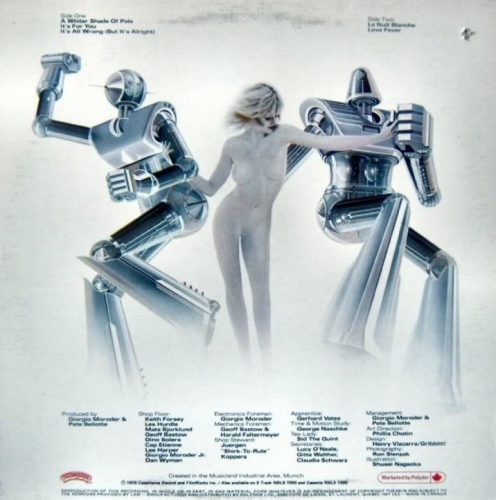 In May 1978, German prog rockers Kraftwerk solidified the image with their synth-drenched album The Man-Machine, on which they proudly sang, “we are the robots.”

A few months earlier, though, British funk-disco act Heatwave had launched their own human disco machine, a chugging locomotive called “The Groove Line.” On this hit single, listeners are mere passengers on this “train comin’ through.” But hearing the relentlessly funky song, you imagine the dancers forming a conga-line train themselves, with their wheels turnin’ and boiler burnin’, anticipating the roller-disco railroad musical Starlight Express of several years later.

Every train needs a whistle, and “The Groove Line” announces its arrival with a falsetto “whoop-whoop,” the “disco call” referenced years later by the Beastie Boys. In his book Turn the Beat Around: The Secret History of Disco, Peter Shapiro calls this “the disco craze’s signature sound” (you can imagine the streets echoing with the calls of drunk dancers after closing time). According to Shapiro, the first song to feature the sound was The Blackbyrds’ “Party Land” (1976), followed by 1977’s Mastermind’s “Hustle Bus Stop” and the epic Michael Zager Band “Let’s All Chant” (to be reviewed in a future Disco Lab).

Trains and whoop-whoops aside, the record itself is still pretty irresistible. It starts with a chugging synth that suggests an idling train engine, which quickly kicks into gear along with drums and handclaps. This tasty intro is extended on this 12” version before we get into Heatwave’s enthusiastic vocals inviting us to “hit the track.” The remix structure mostly follows the 7” version until about 3:57, at which point a twinkling synth keyboard enters to take us into the second half. From there on, vocal passages and choruses trade off with instrumental breaks; the cello-and-xylophone break at 5:07 is certainly unexpected! As with G.Q.’s “Disco Nights,” the song is structured with moving parts that can be reshuffled endlessly to keep us amused until its ahead-of-schedule fade.

No strangers to public transit, New York rap group Public Enemy sampled “The Groove Line” for “Sophisticated B****,” a track on their 1987 debut album, slowing down the tempo considerably. Even at half speed, P.E. partied hard there and back, like dancers have done for nearly forty years. Whoop whoop!