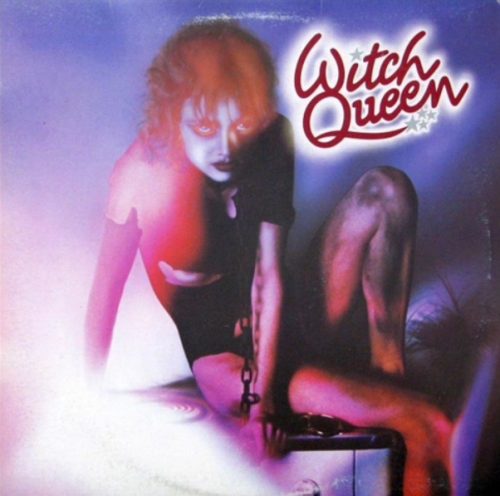 Disco Lab #31 (Halloween Edition): Witch Queen – ‘Witch Queen’ (1979)
With Oktoberfest out of the way, come down to the Lab and see what’s on the slab for Halloween! We’ll look at spooky extended ’70s dance records for the next four Saturdays.

In pop music, there’s a phenomenon I call the “trifecta.” It’s when an artist, song, and album all have the same name (eg, “Black Sabbath” by Black Sabbath on the album Black Sabbath). Though you’d think this exhibits a lack of imagination, in some cases the artists have gone on to greater fame and bigger hits: Bad Company, Talk Talk, and yes, Black Sabbath. But other bands didn’t get far past this: Living In A Box, New Kids on the Block, Deep Forest. Sadly this week’s disco group, Witch Queen, falls into the latter category.

Witch Queen is a studio project of Gino Soccio, a Canadian/Italian artist who had some minor hits on the US charts. As musicians for the album, Soccio chose the famed Southern studio ensemble Muscle Shoals Rhythm Section. Apparently the concept was to create dance versions of US/UK hard rock hits; the group actually charted here with covers of T. Rex’s “Bang A Gong” and Free’s “All Right Now,” both included on Witch Queen’s self-titled album.

Apart from this and their bigger hit, “Come And Get Your Love,” Redbone are noted for being, as Wikipedia describes them, “the first Native American rock/Cajun group to have a No. 1 single in the United States and internationally.” Founding brothers Patrick and Lolly Vegas have another (dubious?) Halloween distinction: they recorded a live album at the horror-themed Hollywood nightclub The Haunted House, which features a monster-mouth, steam-snorting bandshell! (Article continues after song…)

Though the disco version of “Witch Queen” adds the expected strings, female backing vocals, and hi-hat, it doesn’t stray too far from Redbone’s blueprint. It skillfully extends the brief saga of “La Voodoo Veau” with repeated choruses, instrumental breaks, scary keening strings, and spooky vocal interjections (“straaaange!”; “witch queen, witch queen”). No word on whether the wardrobe-challenged, stove-sitting goth-punker on the LP cover is supposed to be Laveau; I’m thinking no…