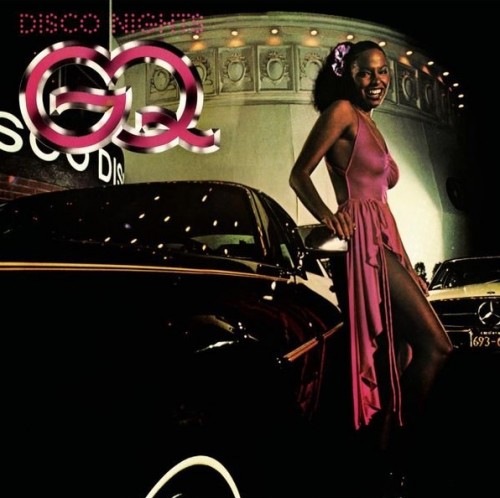 Disco Lab #3: G.Q. – ‘Disco Nights (Rock Freak)’ (1979)
Here’s one of my all time favorite extended versions. Like so many disco songs, this is a joyous celebration of the wonder of the dancefloor and the nightlife surrounding it. The entire record’s based around a simple two-chord clavinet riff that goes places you’d never expect; a few key changes add to the unpredictable atmosphere.

You don’t notice it with the 45 but this is a very complex composition. I count nearly a dozen discrete musical sections—or “moving parts” as I like to think of them, since they can be repeated in any order. There are no sections here that aren’t on the 45, but it’s thrilling to hear them in a new and unexpected sequence.

Incredibly, as each section is repeated, it’s performed a little differently. For instance, the simple “rock… freak!” chant-and-bongos section is pretty simple the first time at 3:39, but when it’s reprised at 5:52, tom-tom rolls have been added to the second half. I have no idea whether the skilled group actually played basic tracks for this 8:42 wonder live as we hear it here, or whether overdubs were meticulously added to an edit of a shorter track.

Regardless, this little mirror-ball symphony is a wonder; a pinnacle of the art of the 12” remix.