The yacht rock expedition heads back to shore with a couple danceable delights by leading ’70s horn players. 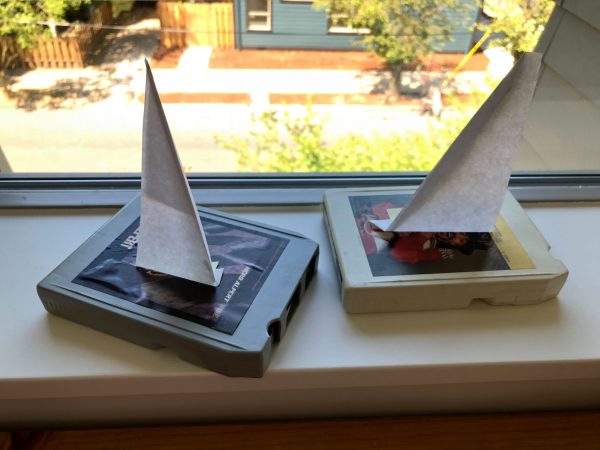 Whether it’s a bugler sounding reveille, a warrior summoning troops, or a lonely street jazzbo, there’s something noble about a man with a horn. To wind up our yacht rock cruise, we’ll look at the heroic, yearning side of the genre as played by two brassmen who hit it big in the late ’70s. 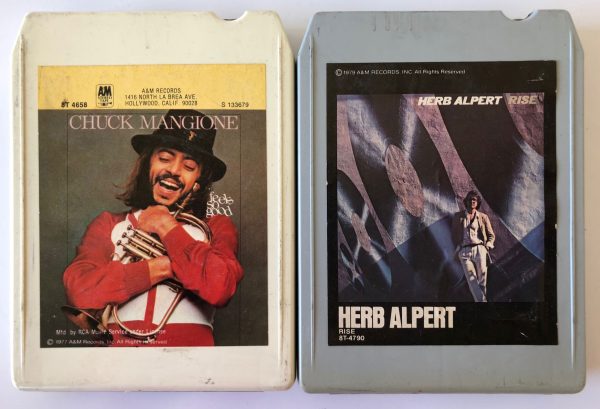 Chuck Mangione, Feels So Good (1977): On flugelhorn we have Mr. Chuck Mangione, whose 1978 single “Feels So Good” has become a pop-cultural cliché thanks to appearances on King of the Hill and Friends. And for good reason; if you abandon yourself to its guilty pleasures, the buoyant, optimistic single will make you about as happy as a pop record possibly can. It’s not just that insanely hookish horn melody; the whole band is playing all-out behind him, yet they sound pretty chill at the same time.

For me the highlight of the single (and the much longer album version) is the crazy-fast guitar solo by Grant Geissman, who plays both lead and rhythm parts on the song. His playing sparkles throughout the rest of this great-but-not-perfect album. 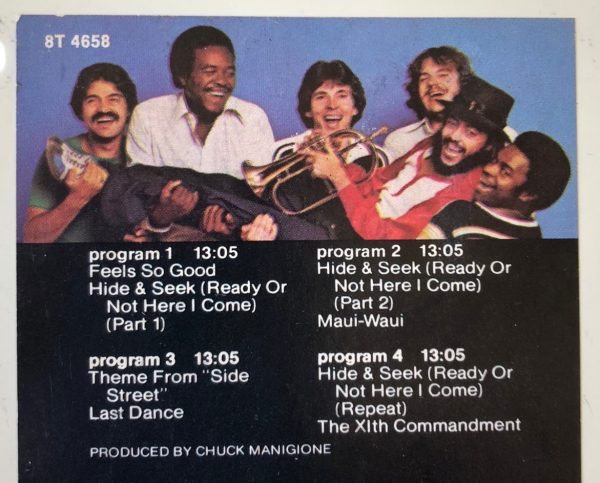 Other highlights of Mangione’s breakthrough release include the weed-soaked flute feature “Maui-Waui” and the cool disco groove “Hide and Seek (Ready Or Not Here I Come).”

Outside of those three cuts, it’s slim pickings, though at least “Theme from ‘Side Street’” evokes some sort of European spy thriller. But the 11-minute “Last Dance” is so agonizingly slow it’s almost ambient; by the time the smoky sax solo rolls around you’ll want to punch yourself in the face. (The 8-track thankfully keeps the best songs intact; the upbeat “Hide and Seek” appears twice, delivering a little adrenaline after the “Last Dance” knockout drop.)

Herb Alpert, Rise (1979): On trumpet is Herb Alpert, best known for leading the Tijuana Brass in the 1960s (and turning a naked pregnant woman into the decade’s most high-calorie sex symbol). Herb’s label A&M Records released Feels So Good and clearly Alpert was paying attention; the bass-and-guitar intro to that album’s “Hide and Seek” seems to have inspired the opening of Herb’s “Rotation” (which we’ll get back to). Oh-so-cool dance jam “Rise” rose to #1 on the Billboard Hot 100, so funky yet so chill that its groove was sampled years later by Notorious B.I.G. on his hip-hop smash “Hypnotize.”

The album has two more solid party killers. I’m always torn as to whether I prefer “Rise” or its icy electro followup “Rotation,” but that’s a good problem to have; due to its modernist sound, “Rotation” seems to have picked up a cult following of its own over the years. “Street Life,” an instro cover of the Crusaders’ then-recent vocal hit, sticks closely to the “Rise” template and throws in a tasty bass breakdown.

Outside of those three jams, there are three “showpiece” numbers that sound like TV or movie themes; lead track “1980” was intended as an anthem for that year’s Olympic Games and later became a FIFA World Cup tune.

To their credit, cutesy numbers “Love Is” and “Angelina” were written by Bill Withers and Gary Brooker of Procol Harum. Of the two albums, Rise is a better bet for your dockside festivities due to its more consistent groove. (The album’s a solid listen on 8-track, too, especially as none of its eight songs are broken or repeated.)

Thanks for joining us on this month-long summer cruise through the straits of yacht rock! Next week we’ll be back on dry land with some tapes that are fun and funky (but still totally 70s…).