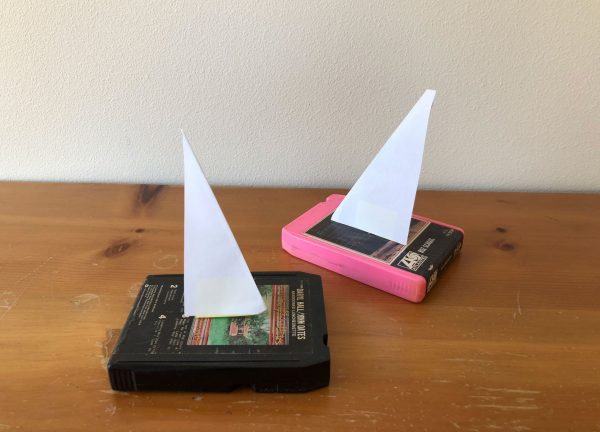 Though I don’t consider Boz Scaggs or Hall & Oates to be yacht rockers in the strictest sense, Wikipedia includes both acts on its list. And since they released excellent albums before they became major stars, we’ll take young Boz, Daryl, and John along on our cruise. 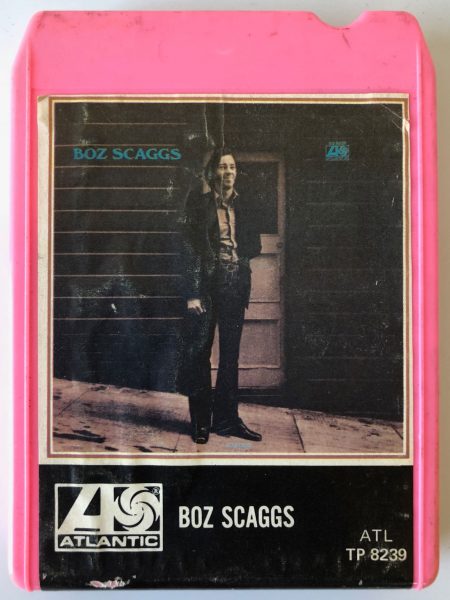 Boz Scaggs, Boz Scaggs (1969; tape issued 1972): Not really yacht rock, this sophomore release from the former Steve Miller Band vocalist sounds like a Southern soul record, probably because it was recorded at the legendary Muscle Shoals studio and mixed by a Stax-Volt engineer. Along with some R&B numbers, Scaggs wraps his warm, comforting vocals around down-home country and smartly played blues, all splendidly accented by Duane Allman’s tasteful guitar work. (After Allman’s death and the success of Scaggs’ Silk Degrees, this album was remixed to bring out Duane’s guitar work even more clearly.) 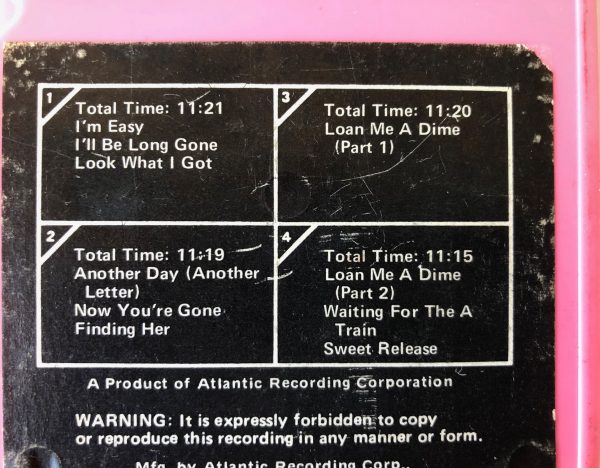 But let’s cut to the chase: the reason every home (or yacht) should contain this album is the spectacular long blues jam “Loan Me A Dime.” This starts out with a slow gospel feel, builds to a mid-tempo groove, and winds up as a horn-driven, double-time soul party jam. Allman’s consistently inventive guitar work is a delight throughout; he’s playing a lot more than the blues here. “Dime”’s cool, late-night feel and 12-minute length (perfect for a DJ smoke break) made it an enduring FM radio favorite.

The album stays pretty close to its roots: “Another Day (Another Letter)” reminds me of Sam Cooke’s “Bring It On Home To Me,” while “Sweet Release” is clearly a tribute to Bob Dylan’s (and the Band’s?) then-recent “I Shall Be Released.” The closest we get to a yacht rock sound is the trippy, dreamy “Finding Her,” on which electric harpsichord provides an almost chamber-pop feel. Allman’s guitar work shines here, his “Layla”-ish seagull sounds providing a nautical moment. (The song’s spacey mood, organ work, and waltz tempo anticipate the Allman Brothers’ smoldering “Dreams” recorded a few months later.)

(The 8-track shown is a circa-1972 reissue of the 1969 album. Later issues from 1973-76 had all-type labels; the cover art was placed on cardboard sleeves that have since fallen apart or been discarded. Because it’s too long for one program, “Loan Me A Dime” is split, wisely near the end once the slow build is complete.) 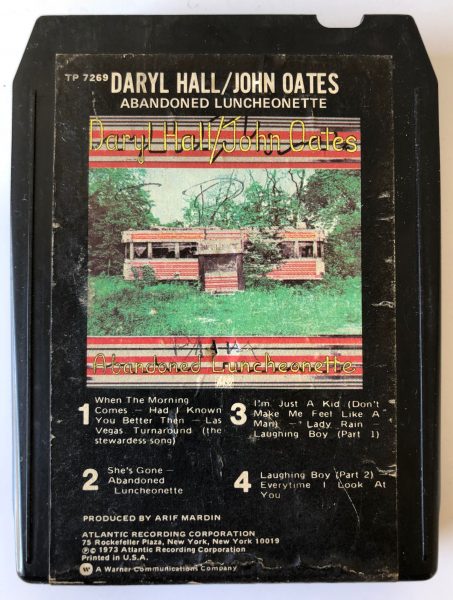 Hall & Oates, Abandoned Luncheonette (1973): This wasn’t the soulful duo’s debut but it might as well have been; few paid attention to Whole Oats. Abandoned Luncheonette didn’t make much of a stir when it first came out either, though it was beautifully made and got good reviews. Soon the Luncheonette found customers in college and underground radio; to support it, Daryl and John were delighted to find themselves touring with David Bowie and Stevie Wonder. 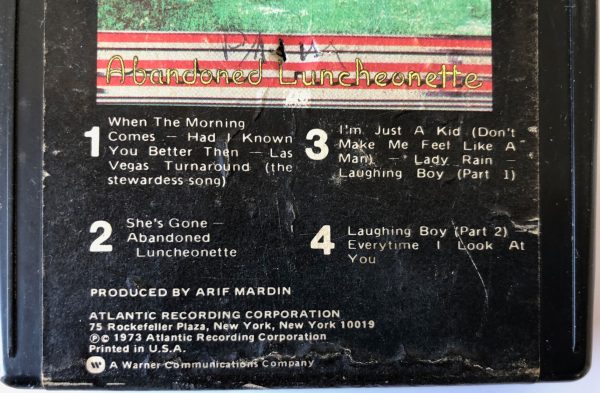 At the time, no one noticed the stunning Philly soul number “She’s Gone” apart from Lou Rawls and Tavares, both of whom covered it at the time. After “Sara Smile” hit big for RCA in 1976, Atlantic reissued “She’s Gone,” and it too charted in the Top 10.

Half of this album is prototypical yacht rock, with three great numbers in that style starting off the LP (and 8-track). The Hawaiian-sounding “When The Morning Comes” layers lazily strummed guitar with synth tones and falsetto backing vocals. “Had I Known You Better Then” couples a rare John Oates lead vocal with George Harrison-style slide guitar. And the sly “Las Vegas Turnaround (The Stewardess Song)” offers sax and a beat you can almost dance to. (Yes, the Sara in “Sara, turn around” is the lady from “Sara Smile.” She was Daryl Hall’s girlfriend and later became his songwriting partner.) Later on, “Lady Rain” provides a more moody yacht-rock vibe.

In terms of sales, The Little Luncheonette That Could finally made it over the hill. Wikipedia notes that “twenty-nine years after its release, the album was certified platinum,” adding that “it is the duo’s favorite Hall & Oates album.” Plenty of fans feel the same way.

(The 8-track is a great way to hear ‘Abandoned Luncheonette.’ It mostly preserves the LP sequence, swapping just two songs. The only track split is “Laughing Boy”; as it’s the album’s weakest number, it’s no great loss.)