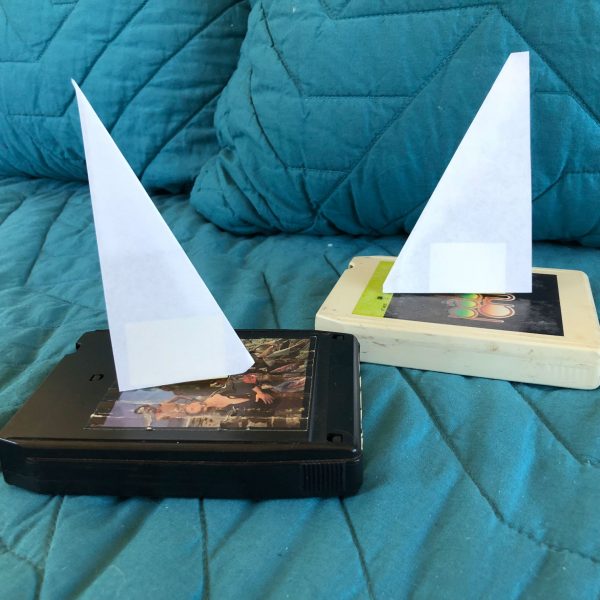 What is yacht rock? Basically, it’s ’70s music made by musicians that might own yachts, best enjoyed on your own sailing vessel (the term came from a 2005 web video series imagining the private lives of soft rock artists). Desperately unhip for decades, yacht rock is slowly developing a cult following: Numero Group recently issued a set of obscure yacht rock gems, and Greg Prato just published a thorough oral history of the genre.

Yacht rock is designed to move the body while soothing the mind. It borrows freely from rock, pop, country, and jazz, adding soul, folk, funk, and disco into the mix at times. Bright piano and brisk guitars ride a gentle funk groove as a male singer croons soulfully about love and longing. Generally upbeat jams delight the ear with rich vocal harmonies, complex chords, and jazzy instrumental solos, often featuring sax. Yacht rock is energetic enough for onboard dancing but not so raucous that neighboring boats will call the harbor patrol. 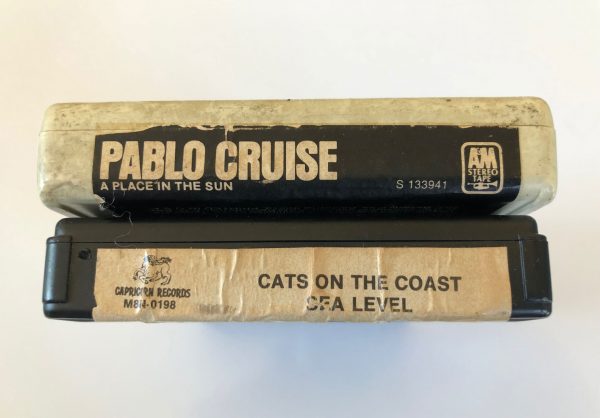 This week we’ll check out a couple of albums with titles and artists that sound like sailing adventures, surefire hits for your next boating party. And if the waves get choppy, the records won’t skip: you’ve got the 8-track! 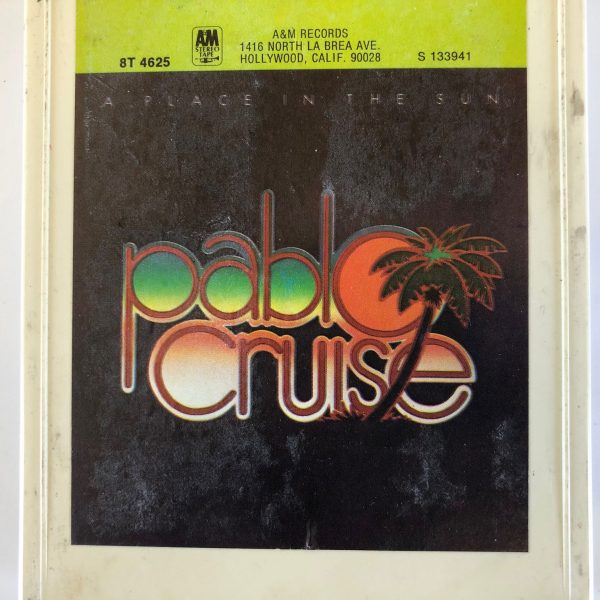 Pablo Cruise, A Place In The Sun (1977): This Bay Area band’s third album opens with a invitation to ride: “Well, everybody’s heart needs a holiday, sometime / And everyone of us needs to get away, somehow.” This superb title track is followed by disco-rock anthem “Whatcha Gonna Do?,” a sort of rewrite of Boz Scaggs’ “Lowdown.” Amazingly, the energy doesn’t let up for the entire album; no throwaways or snoozers here. Singles “A Place in the Sun” and “Whatcha Gonna Do?” are the best tracks, but “Atlanta June” sounds like quintessential yacht rock to me: a fast yet gentle dance beat adorned with piano and David Jenkins’ yearning vocal. (This may be another Boz Scaggs rip — “Georgia,” anyone?)

The musicianship on display here is incredible; with the album’s rich, complex sound, it’s hard to believe that Pablo Cruise is only a four-piece band. Sadly this was bassist and vocalist Bud Cockrell’s last album with Pablo Cruise; the group would follow this up with the even bigger but somehow less magical Worlds Away. “Whatcha Gonna Do?” will remain the band’s signature song, and it’s hard to imagine it without Cockrell’s funky bass intro or his wild falsetto: “all your friends are callin’ you a fool.”

(Because many tracks are crossfaded into one another, the 8-track tape follows the LP song sequence exactly, breaking three songs in the process. This makes for some awkward program shifts but thankfully preserves the one-two punch of the opening singles.) 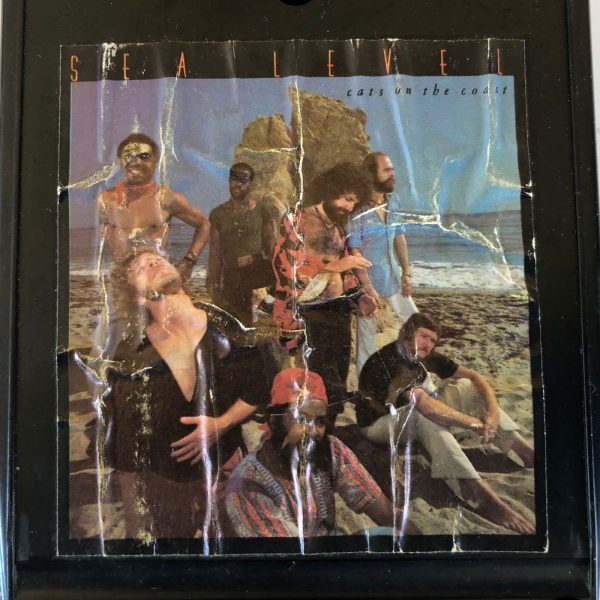 Sea Level, Cats on the Coast (1977): This lively, well-played album frequently sounds like the Allman Brothers Band, and for a good reason. Sea Level was founded by three ex-Allmans. Percussionist Jai “Jaimo” Johanny Johanson was a founding member of that group, while keyboardist Chuck Leavell and bass player Lamar Williams joined them for Brothers and Sisters and Win, Lose or Draw.

Rather than the Brothers’ rock orientation, Sea Level focused on jazzy interplay between the players; Wikipedia calls them “jazz fusion.” Half the tracks on Cats are instrumentals, including the title tune. In its structure — long spacey intro leading into solid dance groove — “Cats on the Coast” actually resembles the Allmans track “Les Brers in A Minor.” But Leavell’s fine piano work and a soprano sax lead give “Cats” new sophistication and delicacy that are uniquely yacht rock, to my ears.

The sax work is by newly joined singer Randall Bramblett, who shines on the four vocal numbers. His opening showcase “That’s Your Secret” was as close as the band ever got to a hit; it made it halfway up Billboard’s Hot 100. But it’s another fine yacht rock number, a gentle yet smokin’ party jam with some pseudo-Allmans dual guitar work there at the end.

(After “That’s Your Secret,” the 8-track frontloads three more instrumentals, breaking one harmlessly in the process. The back end gets a bit more vocal-heavy but wraps up nicely on the title track. My tape’s labels are sure wrinkled; maybe it got splashed in a wild Sunday regatta?) 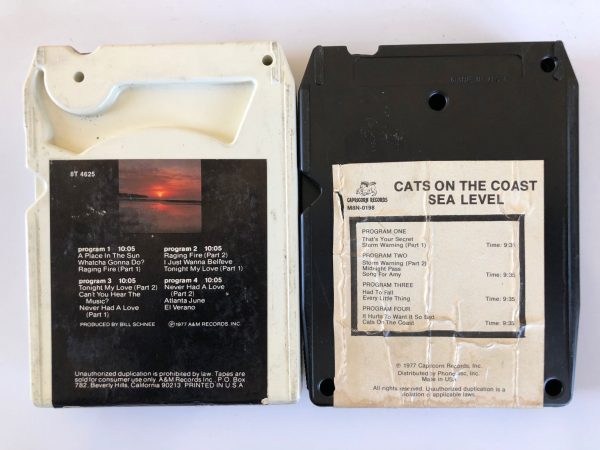