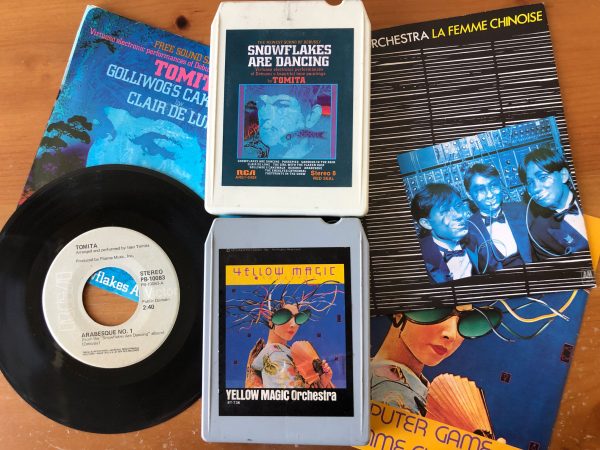 With Japan’s keen grasp on technology, you’d think the country would have been on the cutting edge of synth-pop. Not so, apparently; ’60s synthesizer music in Japan was largely technical experimentation. That changed when Isao Tomita, inspired by Wendy Carlos’ Switched-On Bach, bought a Moog III synthesizer from the factory in upstate New York. However, the huge, menacing device couldn’t clear Japanese customs since no one knew what it was. It stayed in storage for months until Tomita produced a photo of Keith Emerson playing a Moog III, at which time Tomita was allowed to claim his instrument.

After building a home studio and mastering the Moog, Tomita released an album of electronic pop covers (Electric Samurai: Switched on Rock). 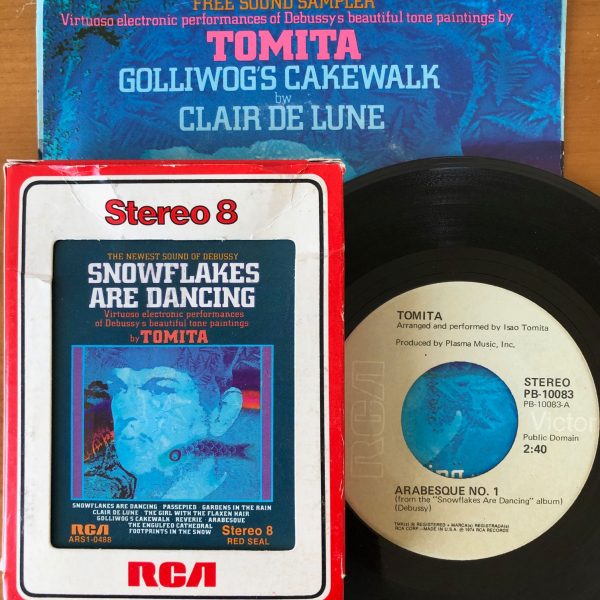 He followed this with Snowflakes Are Dancing, a painstakingly realized set of pieces by composer Claude Debussy. Since polyphonic synths (capable of playing chords) did not exist, Tomita had to overdub each melody and harmony line separately on individual tracks, which is why it took him 14 months to make the album.

Snowflakes Are Dancing is a wild ride, sounding at times like a lush symphony orchestra or a movie-theater organist, then quickly turning bizarre, sci-fi, and comedic, with strange clanging and buzzing sounds never heard before and seldom since. On the wacky side is “Golliwog’s Cakewalk,” a ragtime novelty that sounds like a futuristic Scott Joplin. More sublime is the gorgeous “Clair De Lune,” with synth swells that tug at the heartstrings even as they astound the ears (Steven Soderbergh would use the recording in Oceans Thirteen).

Tomita’s hard work paid off and Snowflakes Are Dancing was a global success, becoming 1974’s top-selling classical album in the US. He went on to record several more classically-themed Moog albums, and his pioneering synth work inspired many artists, especially in Japan. 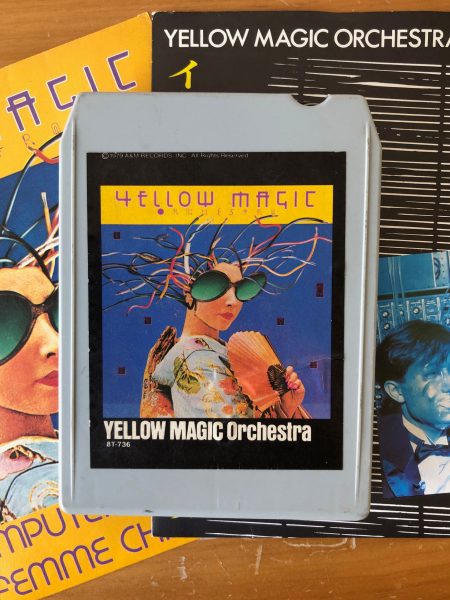 Big fans of Tomita were three musicians — Haruomi Hosono, Yukihiro Takahashi, and Ryuichi Sakamoto — who had just started a musical project called Yellow Magic Orchestra. They wanted to make fun of dreamy Western notions of Asian music and lifestyles, and, inspired by Tomita, they chose to do it all with a synth-heavy sound. The trio reached out to engineer/musician Hideki Matsutake, who had apprenticed under Tomita and knew his way around the Moog III. Serving as an unofficial fourth member of YMO, Matsutake mastered many other synths as well, in particular the brand-new Roland MC-8 Microcomposer used to sequence the album’s funky beats. 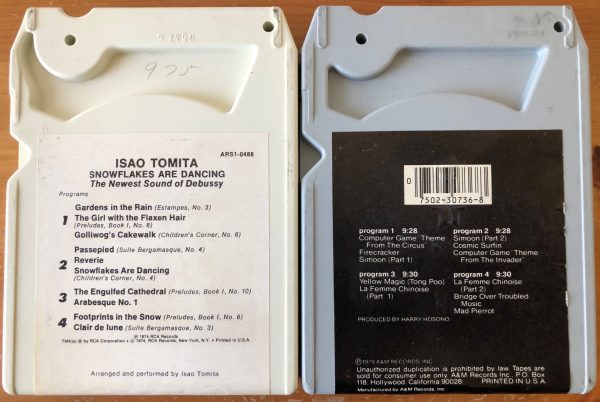 The group had come together with a specific goal: to record a dance version of “Firecracker” by Martin Denny, whose “exotica” lounge albums had romanticized Hawaiian and Asian cultures. The perky cover version became an international hit. In America the track was known as “Computer Game (Theme from the Circus)” taking its name from the intro montage of videogame sound effects. The track inspired electro hip hop and techno artists such as Afrika Bambaataa and Carl Craig and would later be sampled by 2 Live Crew, De La Soul, and Jennifer Lopez.

Most of the album (including the entire second side of the LP) is brisk dance music, not quite disco, proudly bearing its Kraftwerk and Giorgio Moroder influences. The passion and mischief of Tomita’s work are echoed in “Simoon,” with its faux-strings lead melody; compare it with “Golliwog’s Cakewalk” above and I think you can hear the connection. YMO and Tomita were pivotal to the synth-pop movement, especially in Japan, and it all started with these two albums.

Both 8-tracks sound sublime. The Tomita cart is the usual high-quality RCA dupe and has no broken songs. The YMO tape on A&M sounds really incredible (note that the 1978 album was remixed and resequenced in 1979 for the American market). To preserve each LP side’s seamless musical suite, two songs are broken, albeit at tasteful points.

(For this article I owe a large debt to Patrick St. Michel’s 33 1/3 book on the 2008 technopop album GAME by “idol” group Perfume, in particular his insightful connection of Tomita to YMO.) 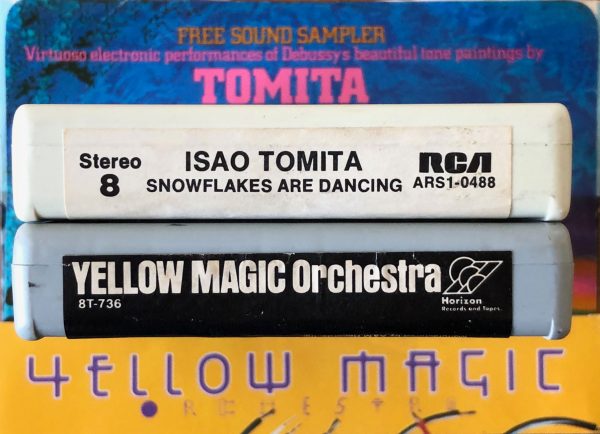